What a pleasure it is to introduce Herb’s remarkable article which stands heads and shoulders above any article written on Ikes, period.

Herb lays an impressive foundation for his central thesis that the three 1972 Ike reverse designs came from three different Master Dies which all came from the same galvano.

The tides of time can rip apart key conclusions written early in the history of a given series but Herb’s piece has stood its ground.  He did lose his “Reverse A, B and C” descriptors to “TYPE 1, 2 and 3” but little else.

Among his salient observations and conclusions, with my comments:

This is the “Shadow Ike” incuse crescent hugging the earth:  the only advance in 35 years is the IKE GROUP’s observation of the typical NASA “Contrail” image sharply etched into the far southern tip of the crescent, representing, we believe, the Apollo 11 lift-off vehicle (and the crescent its exhaust!).

Judging from multiple other reports in coin magazines around this time it is safe to assume Gasparro meant to say (possibly did say) “… the firstproduction dies were made beginning in January 1971.”  The Ike Group reasons these were probably the “Friendly Eagle Variety” dies and their eventual failure in production forced a hurried and crude replacement low relief design now found on all 1971 low relief Ikes, all of which delayed circulation Ike production until early July.

The Ike Group can only add that die-life work carried out by another pioneer, Delbert Romines3, proved that dies zip through their early states rapidly: the latest die state of Herb’s 1972 TYPE 2 Ike’s is roughly middle “Middle Die State” (MDS), maybe 10% into that die’s life span. Based on the number cherried, the IKE GROUP estimates a mintage of 20,000 of Herb Hicks’ March release TYPE 2’s, a strong if indirect indication it was a product of the new “improved” die steel.

Herb!  That’s just not fair!  You combine one of your typical, almost indecent  “GOT YOUR ATTENTION NOW!” phrases with way too much prescient information in these two short sentences!  But thanks in part to your acute observations; we now have a good grasp on the “annealing marks” that plague so many Ikes.

The IKE GROUP has taken polishing Ike proof (and silver specimen) dies to a whole new level6, but your instincts once again were smack on target and prescient.

Herb wrote the IKE GROUP an email when he saw his article posted on our Web Site:

Rob, thanks for the vote of confidence in my old article.  It does remain the only one that I have ever been asked to autograph – twice now – 33 years apart.

I wrote it when I was 38 years old.   I felt as if my mental powers were in decline and this article was a great pick me up.  I successfully described the differences in the various Ikes and it has stood the test of time.

Unfortunately, I had not met the FEV yet and it was not included.  Barbara Gregory arranged the graphics.

The number of coins I could fit in a coin tube was for a full tube and so the pictures of the tubes filled to different levels is a departure from realty.

Later, I was to discover the how and why of these differences.  I was quite chagrined to realize how close I was to the truth in this original article.  The how and why seems much more important to me than just tabulating differences.  I am not sure this opinion is shared by others.  Basically this seemed to me to be that in the reduction of the galvano to finished working die, that certain details were lost.  The engraver added these back to the hub or die.  For instance, the crater debris in all four (T 1, T 2, T 3, and FEV) Ikes are added on and different.  T 2 is a hub modification and the debris trails are incuse which is opposite reality.

Of course, Rob has done me yet one better by adding political significance to some of the touchup such as the angry eagle.  I missed that incuse mark on the T 1 completely till Rob showed me.  A lot of folk miss the incuse touch-up on the T 2, but it is there. 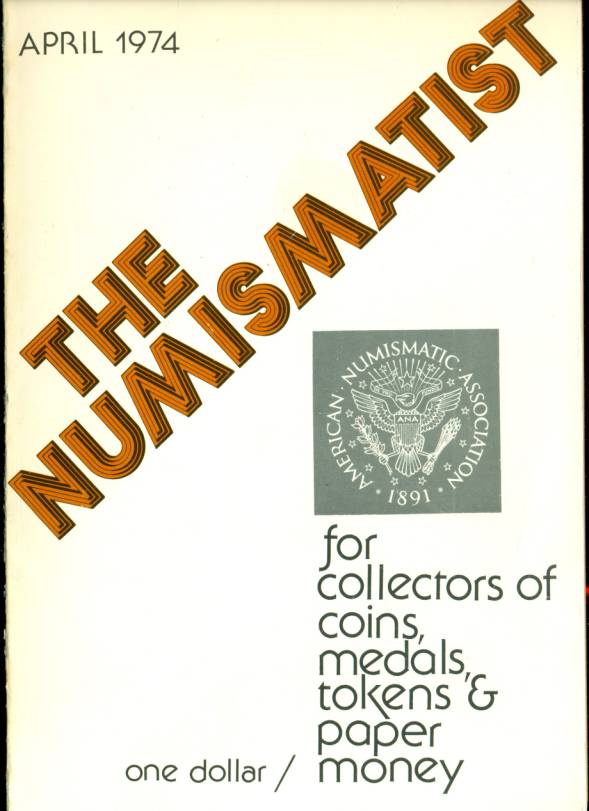 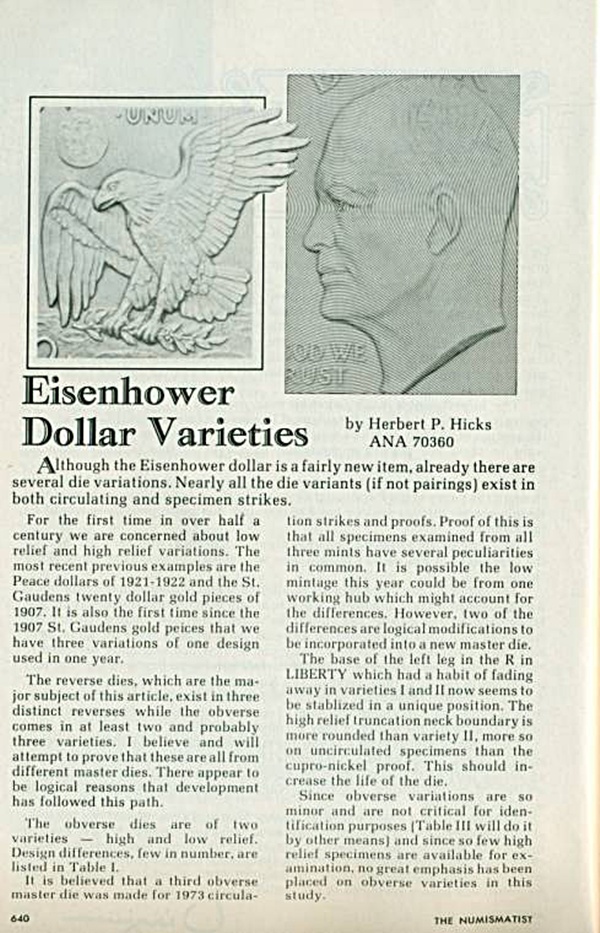 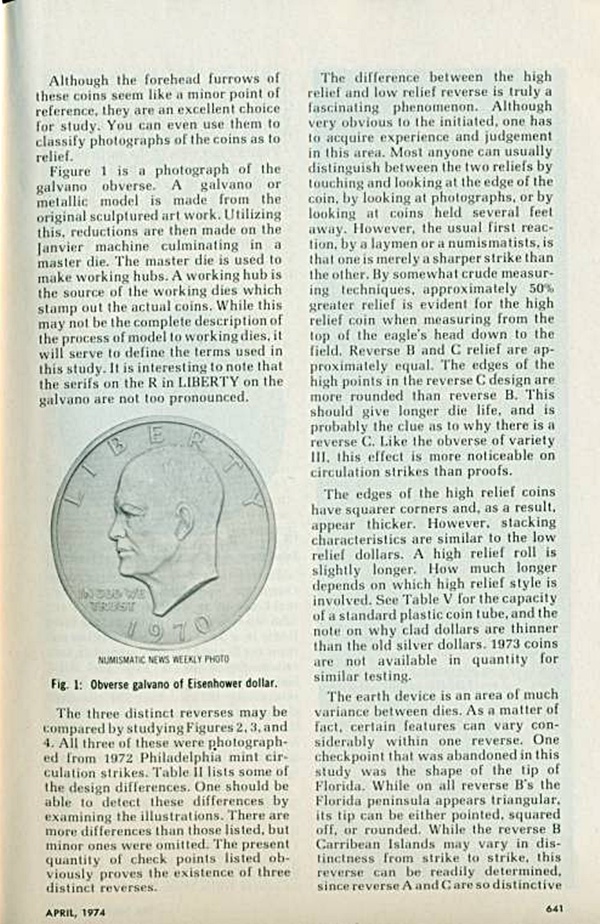 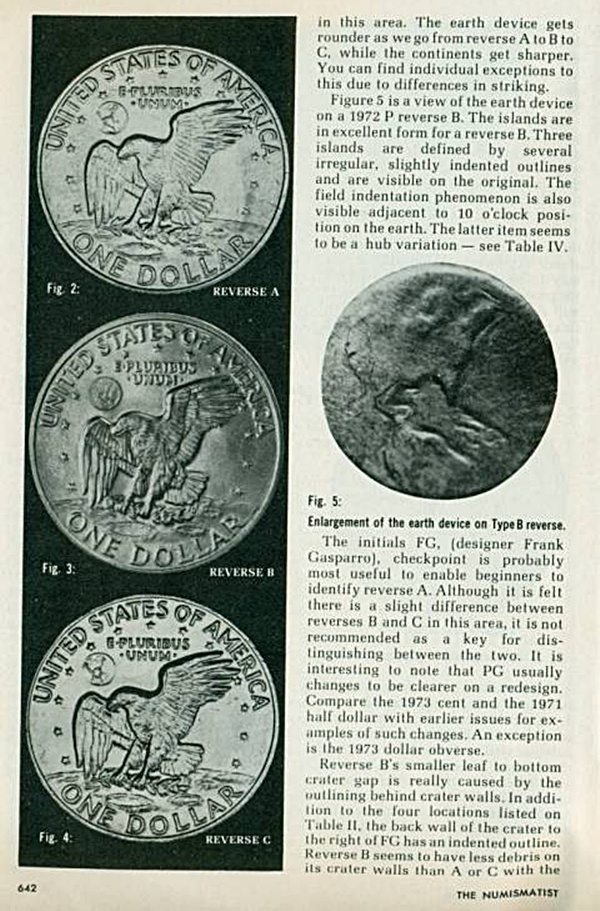 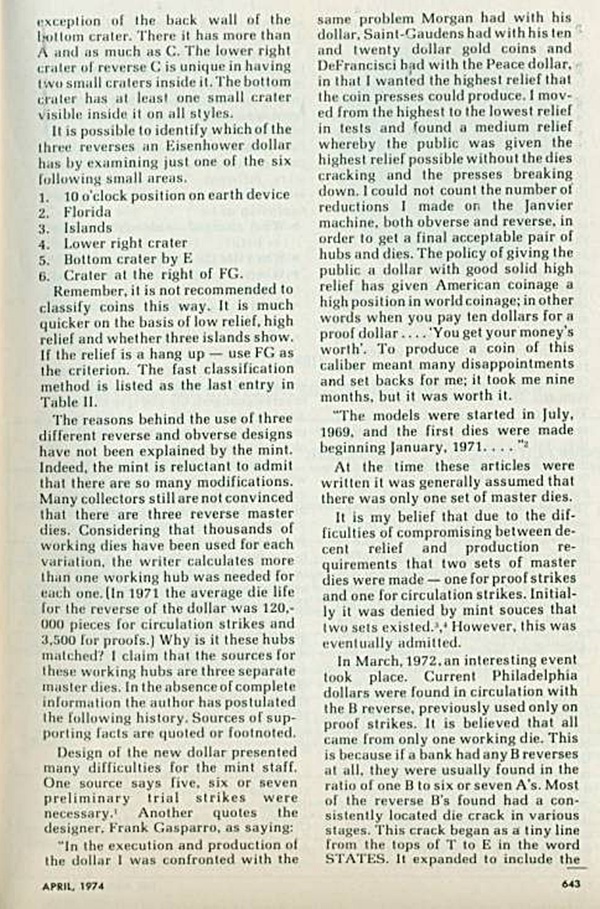 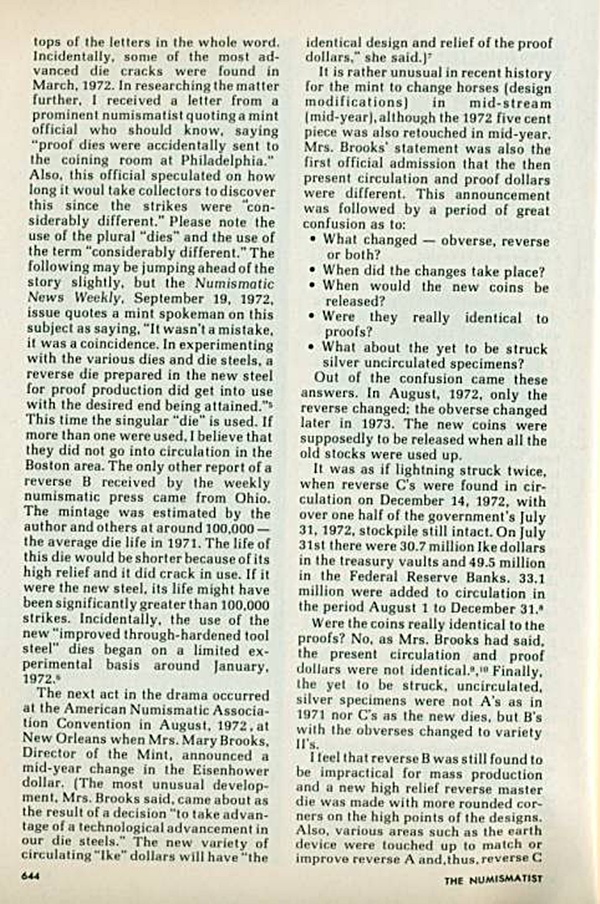 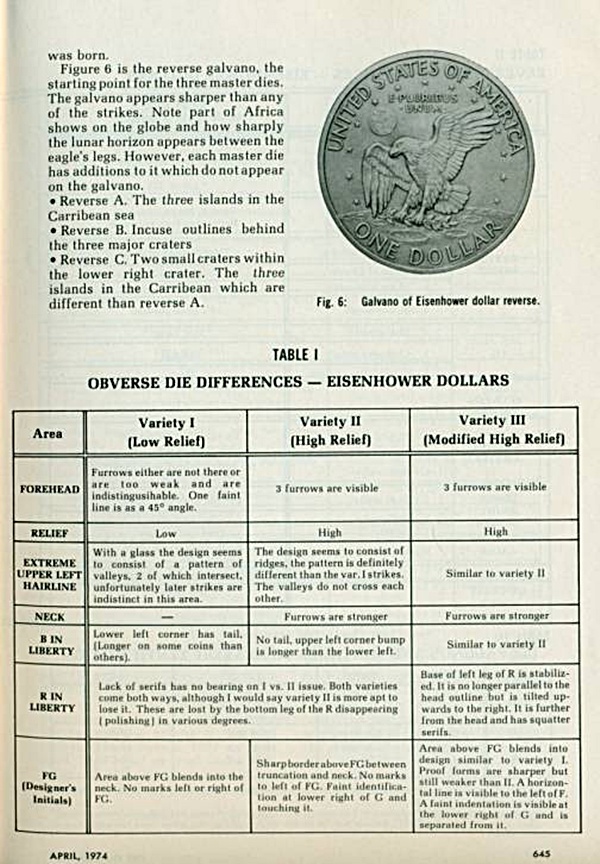 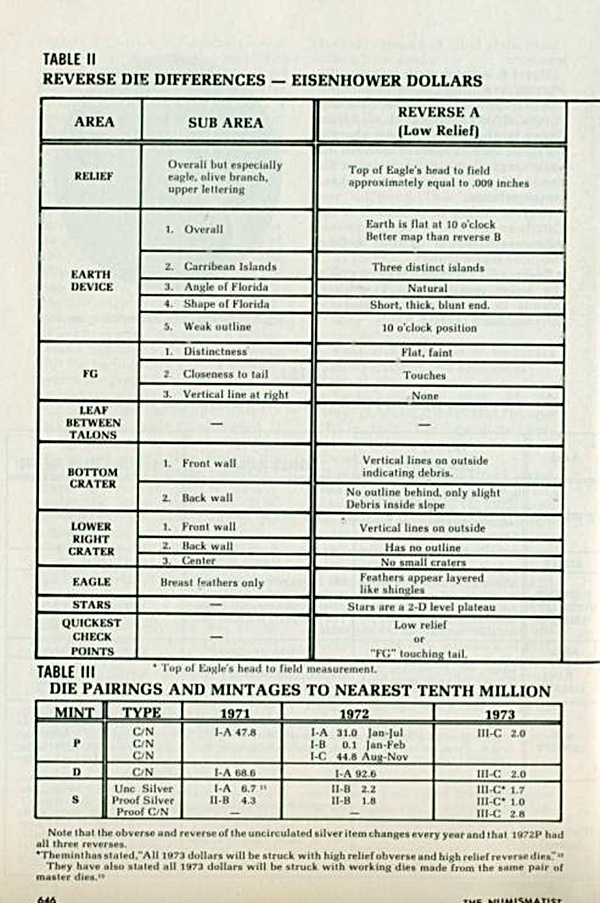 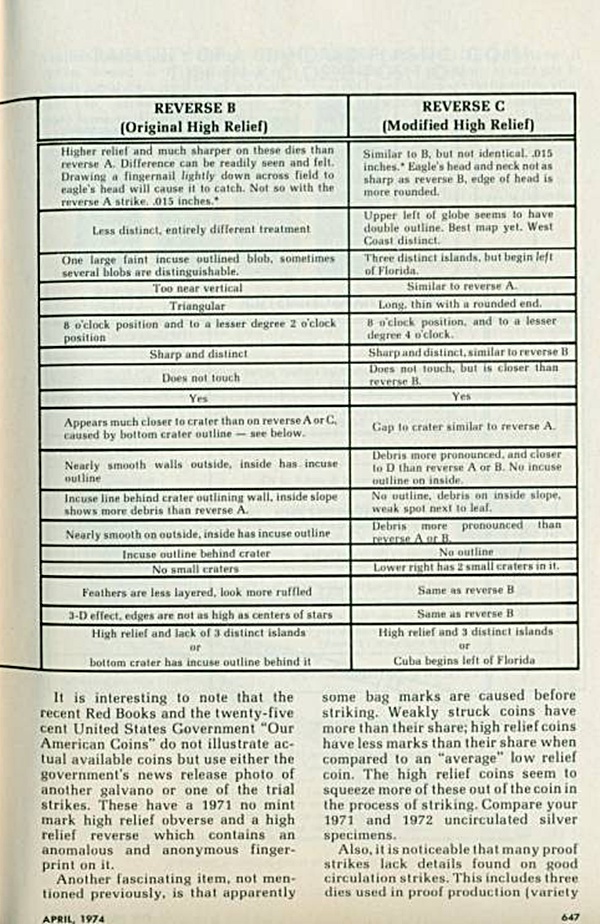 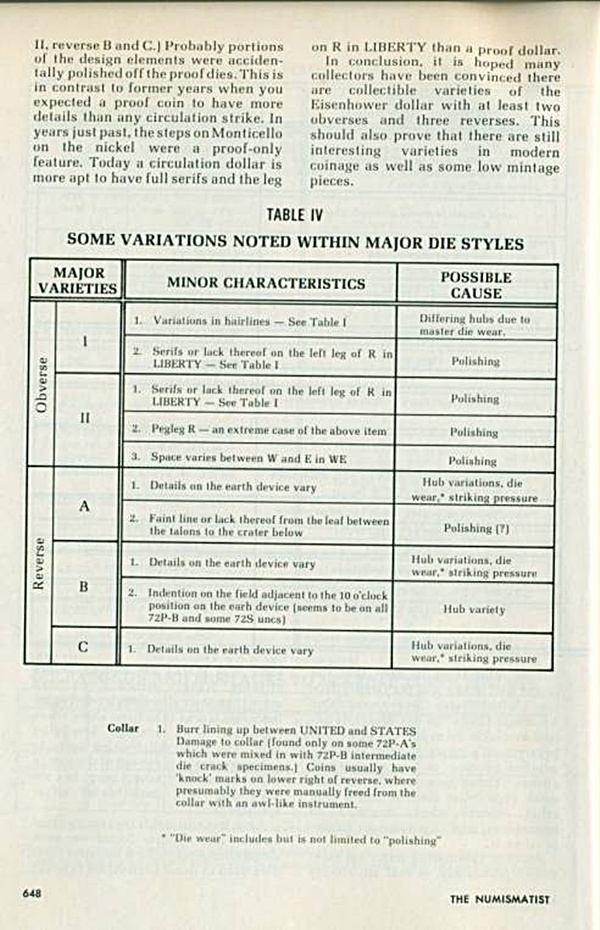 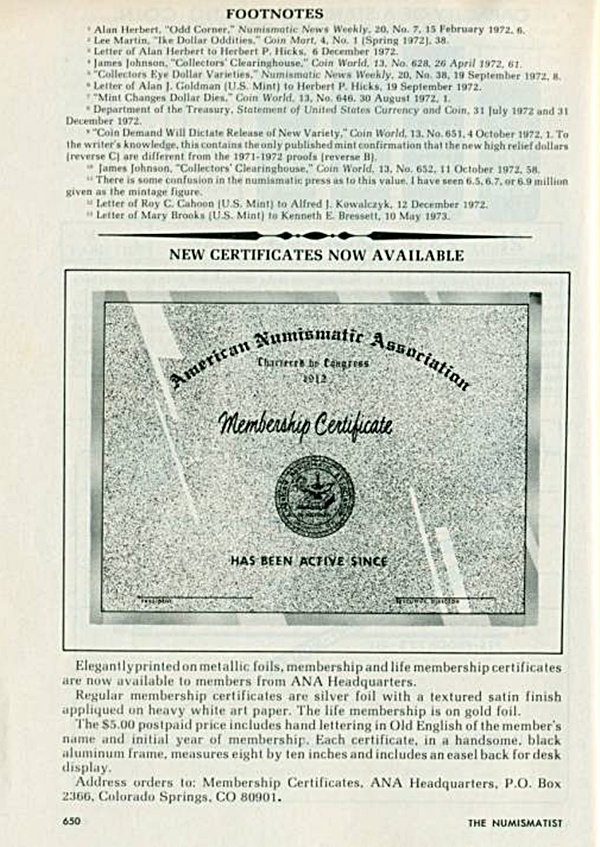 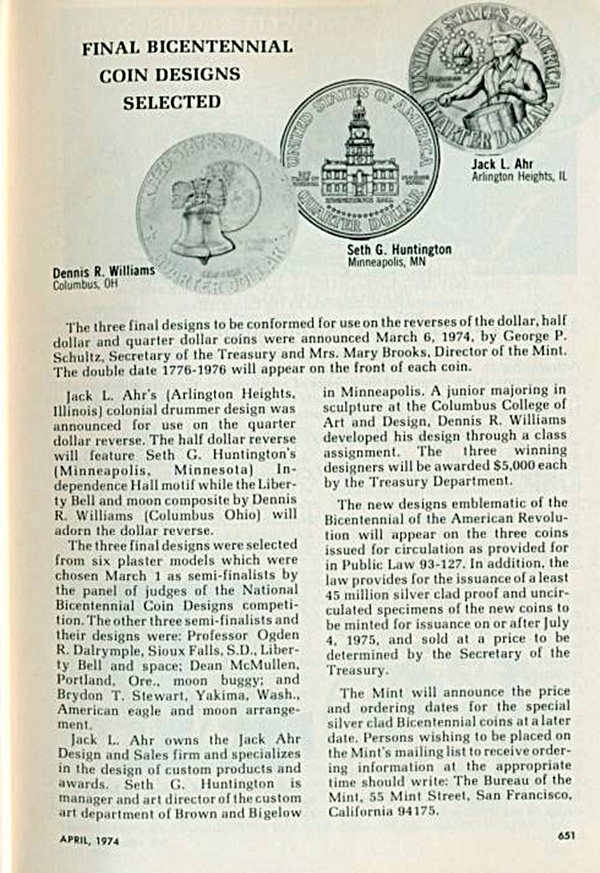