The 1974-S STYLE 1 Mint Mark was used on a few Ike proof dies and more commonly on mint-state Ike dies and probably had its origin in the late 1960’s.  This S punch was used into 1974. It has rounded serifs with defects which developed early on including a horizontal line in the lower loop and a notch inside the upper loop.

The 1974-S Ike Silver Proof (SP) with a STYLE 1 mintmark is considered rare by Wiles (pg.18) who estimates a mintage of less than 10,000.  On Ikes this mintmark is reduced in size by each refinishing of the proof and specimen (mint-state) dies.  Notice that the size of this STYLE 1 S mintmark varies in inversely with the size of the two areas inside both “loops” of the S.  These two “eyes” of the S mintmark show more fields to the extent the mintmark decreases in size (proof field in the case of proofs and frosted field in the case of mint-state 74-S Ikes. In other words, proof re-treatments and mint-state frosting re-treatments lower the fields enough to decrease the size and the relief of the incuse S, hence the variable size of this STYLE 1 S mint mark and the inverse relationship between over-all size and the amount of field seen in the mint mark’s “eyes”. 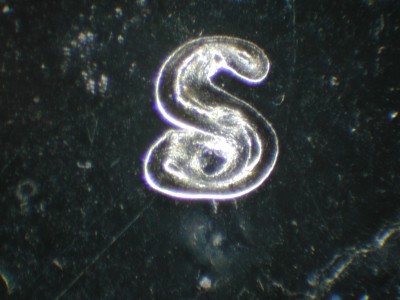 The 1974-S STYLE 2 Mint Mark was introduced in mid 1974 and shows a bulge on the outside of the left side of the upper loop. Examples of this bulge are on the 3 stages identified by Dr. Wiles, A, B, and C. The bulge shows on the upper loop, lower left side.  This bulge is the Marker for the punch, which Wiles calls a RPMP (or Re-punched Mint Mark Punch). He also states that this “double mintmark is believed to be the only known occurrence of a re-punched mintmark punch (RPMP).”

Dr. Wiles breaks down the evolution of this doubled-punch (MMS-2) into three stages: A, B and C. All three stages show a bulge on the left of the top loop. The split in the upper right serif, and to some extent doubling along the highest relief of the contours of the loops of the S, evolve in stages B & C. Dr. Wiles believes these are the three stages of a single punch that was used for all 1974-S dies other than those punched with the STYLE 1 mint mark punch and that this punch was also used into 1975 on Bicentennial Ike proofs and Silver Business Strikes.

It also seems likely that the STYLE 2 punch was forged in a doubled punch die. That is, the incuse S-punch die was doubled and the hot steel forged in that die simply took on that doubling. In use, wear and tear on the punch created the A, B and C stages of MMS-2 as layers flaked off the punch due to impurities in the material of the punch.

There is some confusion in the cataloguing of the STYLE 2 mint mark because Wexler catalogued this mint mark as a true S/S “RPM”. For most of us this implies the mintmark punch was struck twice to create the doubling. However, we believe there are far too many examples of the three stages of the 1974-S S/S Ikes, both proof and mint-state, to be explained with a single RPM die. It is most unlikely that the number of S/S dies required would all have been double-struck by the die puncher in exactly the same manner.  We therefore agree with Wiles’ cataloging.

The mint mark in pictures of coin1 are from a 74-S Silver Blue Pack Ike which I believe shows the punch’s first stage (MMS- 2a).
Note the sharpness of the crest or highest relief of the S and the bulge on the left upper loop. 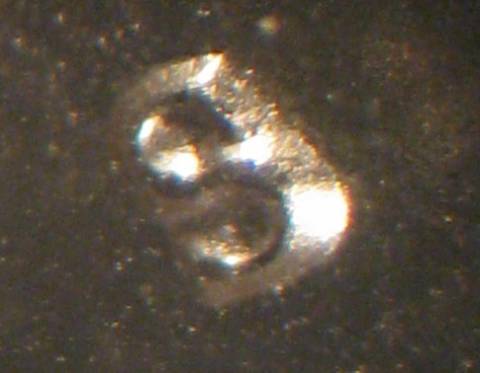 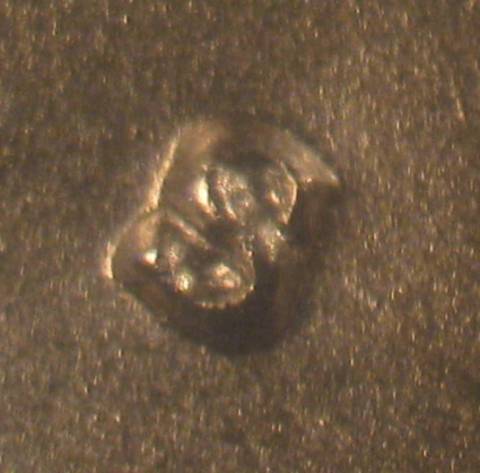 The mint mark in pictures of coin 2 are from a 74-S CuNi Proof, which I believe show the punch’s second stage (MMS-2b).
Note the split serif and the left bulge show, but the doubling along the crest of the S is minimal. 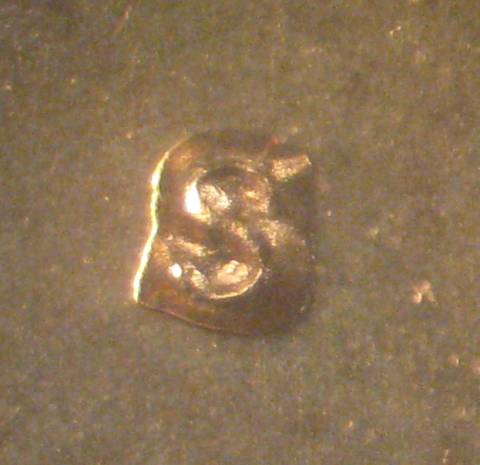 The mintmark in coins 3 & 4 are from a 74-S Silver Blue Pack Ike and show, I believe, the third stage (MMS-2c).
This 2c third stage of the STYLE 2 mint mark can be found in SB, SP & CP 1974-S Ikes and on an unknown percent of TYPE 1 Bicentennial Proof and Silver Mint State Ikes. 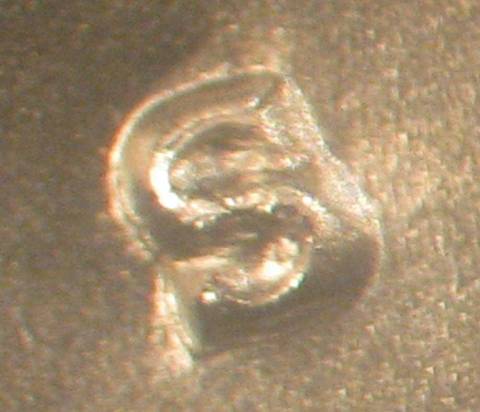 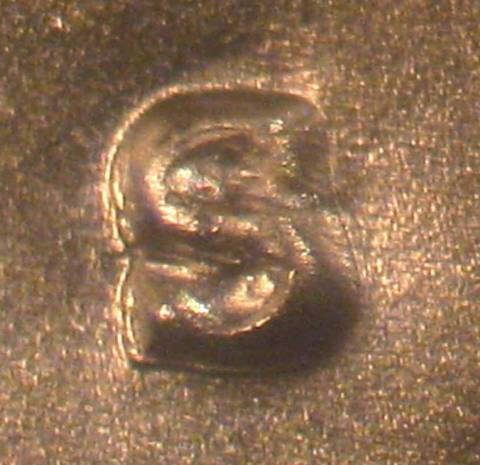 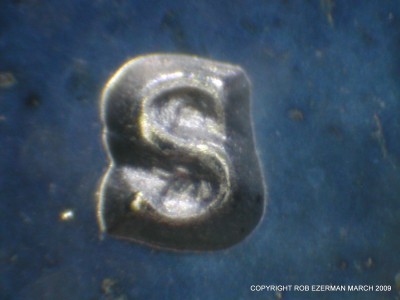 Rob posted a Picture of his Silver proof MMS-2 Stage C in his discussion of the Brain’s 1974-S Micro S. 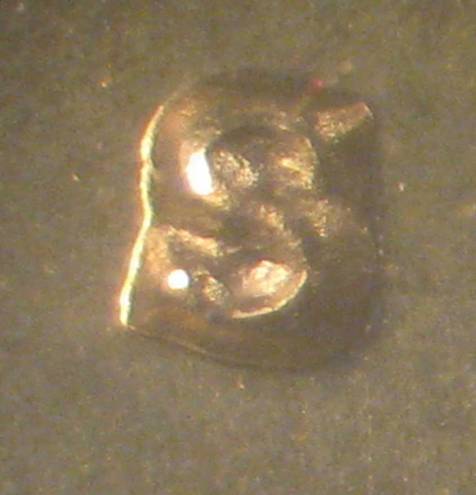 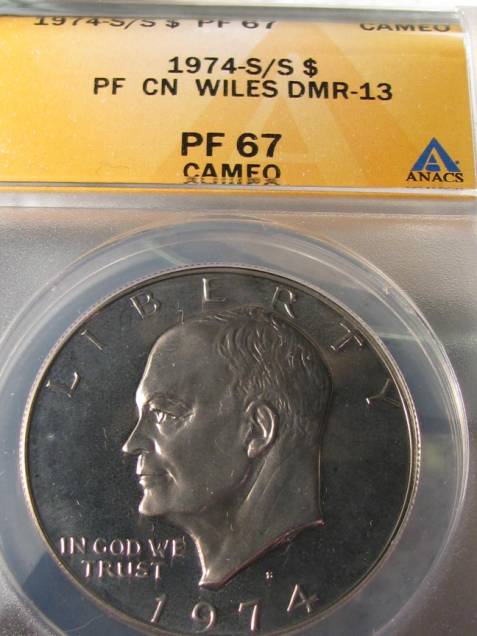 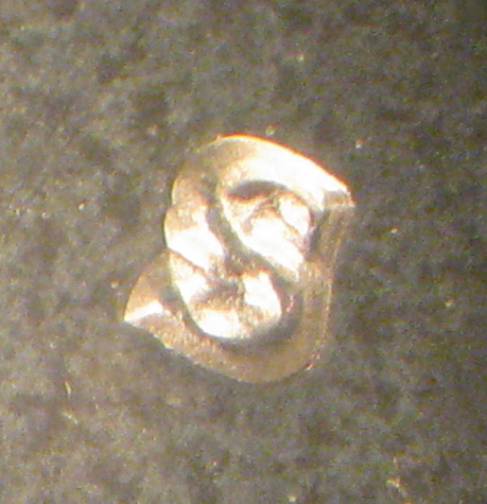 But how should these two DIVA 1974-S mint marks be defined for attribution?  Perhaps:

2.  DIVA CP ,SP, or BS 1974-S S/S DP — The long notch along the upper right serif is distinctly visible under 10X loupe as is some doubling on the top ridge of the top curve of the S.

Both of these coins are interesting varieties.

DIVA SP 1974-S MICRO-S  or the Silver Proof 1974-s (Wile’s Style1) mint mark has been used across many years and many denominations of coins.   In the 1974 Eisenhower Dollars it is estimated that approximately 10,000 were minted.  The low estimated mintage makes this coin a natural selection for inclusion in any advanced Eisenhower Dollar Collection.

In the case of the DIVA CP ,SP, or BS 1974-S S/S DP the many combinations of this variety present added opportunities to the advanced collector. Wile’s believes that this “double mint mark is believed to be the only known occurrence of a re-punched mint mark punch (RPMP).”  Also, Wexler describes this pattern of doubling as a RPM-1 for 1974-s CuNi Proof.  Regardless of how one describes this form of doubling, examples can be found in CuNi Proof’s, Silver Proofs & Silver Business Strikes that form an interesting group of collectibles.

Both of these varieties are interesting in their own right and deserve our attention as collectors of the Eisenhower dollar.