In the modern coin world, it doesn’t get much more rare than this Ike!   Here it is: 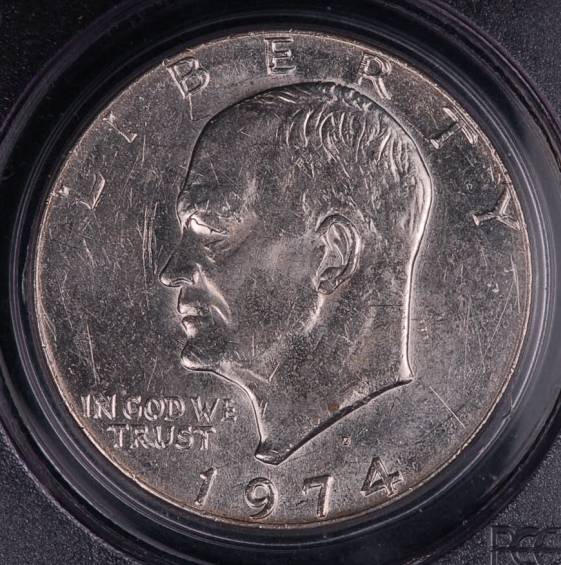 That’s right, it’s a Denver 1974 Ike struck on a silver planchet.  By 1974 the San Francisco Mint was in the second year of striking CuNi-clad Proof (CP) Ikes:  rejected CP planchets were shipped to Denver for their production line rather than being scrapped.  Somehow a few silver planchets got thrown into such a shipment in 1974 and went through the Denver production line.  Most of the estimated 15-20 such wound up in Las Vegas where they were pretty badly beaten up before being recognized as strange because of their bell-like ring when dropped on a hard surface, their silver-colored rims and Morgan dollar silver appearance.

The owner of this specimen had it stored in a safe place but recently pulled it out just to hold it in his hands and decided to send it into PCGS for a possible upgrade from NGC MS 60.  When he got it back in its new PCGS MS61 holder, he was stunned to see that it was a die-clashed Ike with a peg leg.  Looking closer, he notices other strange features and shipped it to the IKE GROUP for our opinion.

Here’s what we found from our microscopic examination: 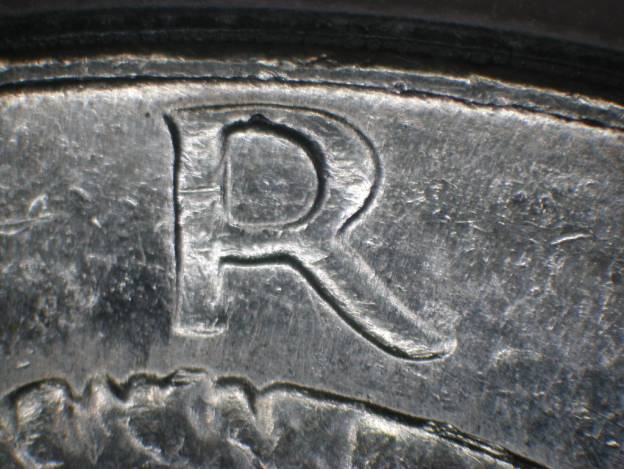 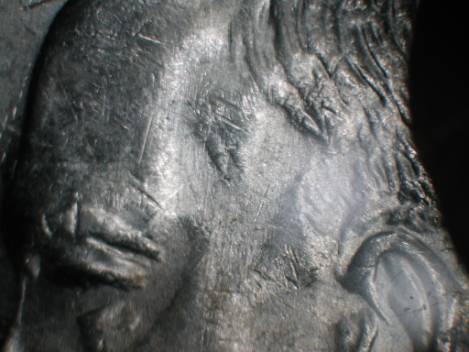 It is also a “Tight Double Talon Head” that almost looks like a bunch of carrots! 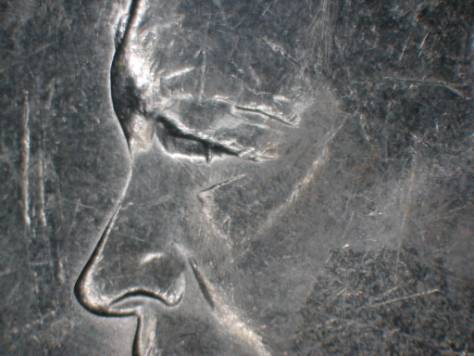 The nose and eye region is severely abraded. 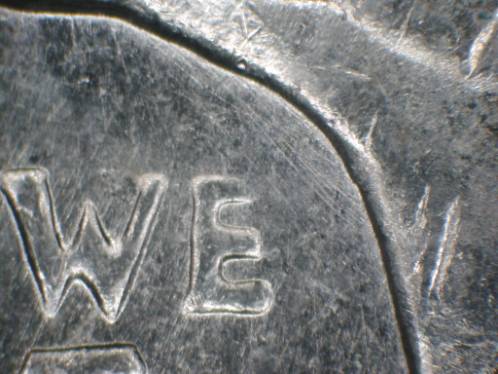 The “E” is “Clipped” from die abrading used to remove the upside down U (UDU). 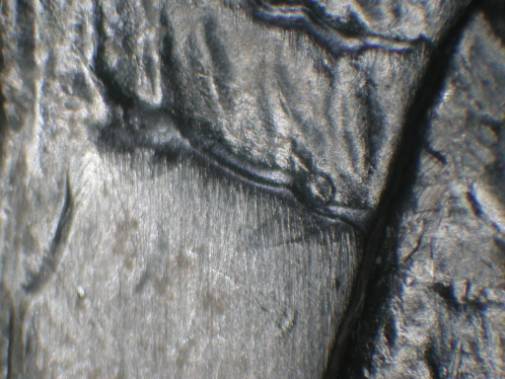 The crotch of the Eagle’s right wing shows “Eye-Clash” residua. 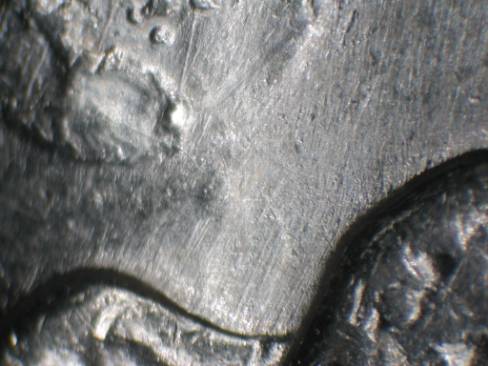 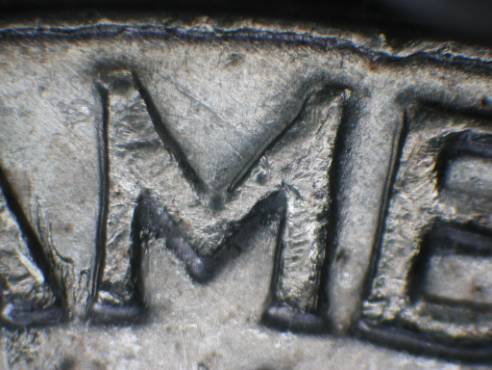 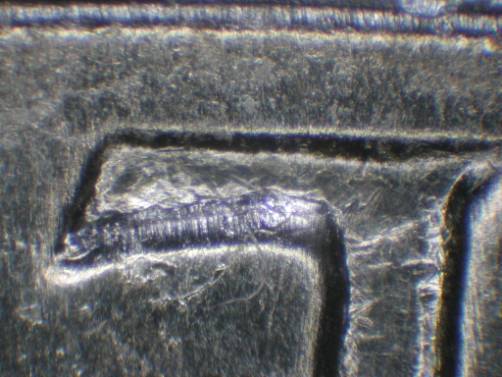 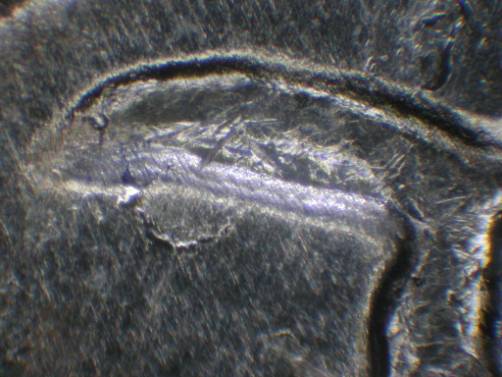 Last but not least there was a mysterious image on Ikes brow, an alien beetle invisible to all but Gasparro, LOL! 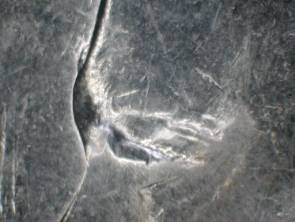 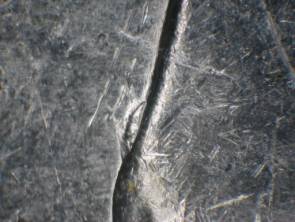 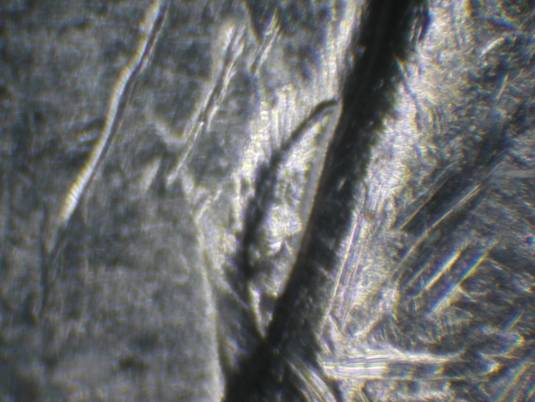 Sorry, I got carried away.  The “beetle” is just a clash image from the 4th wing tip of the Eagle’s right wing, counting from outboard to inboard.