In barely perceptible examples, this die clash image is not common but not rare.  It is very rare in strong examples such as photographed below.  I have found one strong example and we have Tom Kalantzis to thank for the other.   The examples I’ve seen are 71-D and 72-D Ikes and a few heavily clashed 71-S SB Ikes.

In strong examples some details of the Iris of Ike’s eye clash with the inner sharp angle of the Eagle’s right (our left) wing:  at times features of the eye lids can clash with the north boundary of the Eagle’s wing.  The result is iris details are present in the crook of the Eagle’s wing (normally there is nothing extraneous there, just flat field meeting ends of feathers) and occasionally a bit of something can hang down from the wing close to the Eagle’s leg (from an eye lid).  The corresponding obverse clash image is loss of detail in the iris (pupil) of Ike’s eye and sometimes extra metal hanging down between Ike’s nose and eye.

Since the Ike reverse Eye Clash image has the most difficult relationships to tease apart of all the clash images, one is especially well served by using a pair of blue coin tongs on an Ike with no eye clash image along side an Ike with a Grade C image, probably the best you’ll find for quite a while.

(Grade C’s show a vague fullness in the crook of the wing, a microscopic up-swelling of the field.  This is the image that is not rare though it is distinctly uncommon.  Grade B would begin to show some details in addition to the microscopic swelling but not enough to tease out the exact relationships.  The photographs below show the only Grade A examples I’ve encountered to far but more will emerge as we add this image to the others we look for. 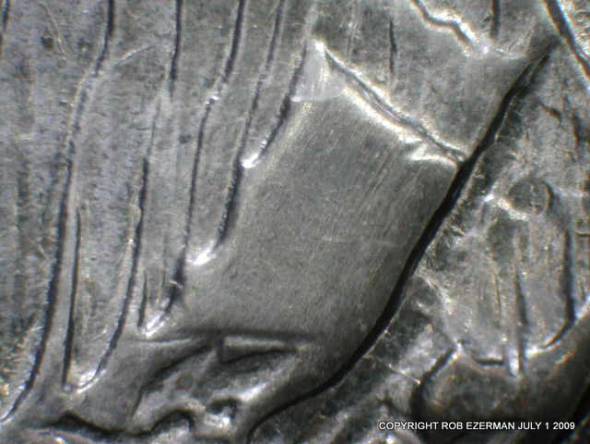 The details in the crook of the wing are difficult to photograph and seem to change as one tilts the Ike to best show the details.  You’ll notice that the two examples in PHOTO’s 3 and 4 have different lighting.

PHOTOS 2 through 6 (below) are close ups of two reverse clash images and two photos of the obverse clash image, Ike’s eye that looks different somehow (I’ve numbered them so any discussions can reference specific photos easily).

The naked-eye Marker for this die clash in fact is “something missing from Ike’s eye”.  In hand, Ike’s pupil just seems incomplete, not all there, “strange”. 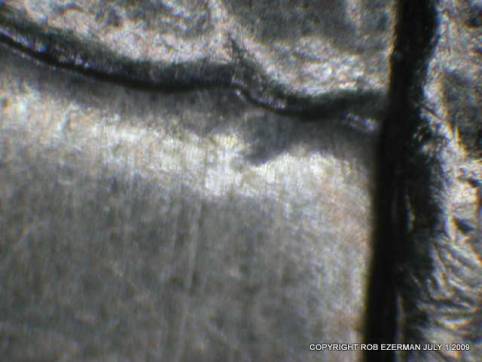 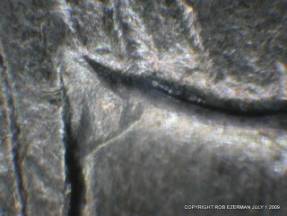 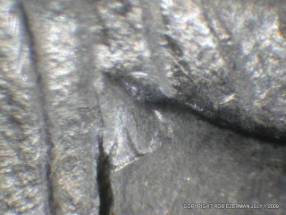 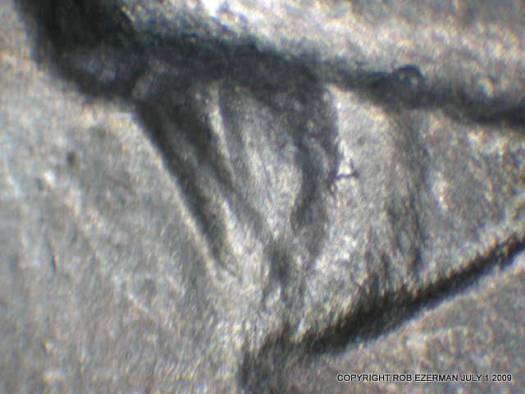 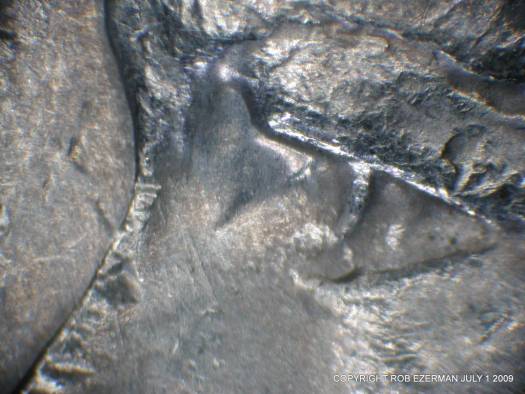