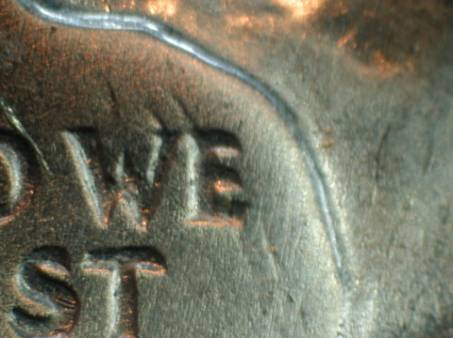 The IKE GROUP’s Brian Vaile found the first of these die-state ’71-D Ikes and named them “Tiger Claw”.  We have subsequently found about a dozen more, all the same die, all from original rolls, all low-grade MS.

We could not come up with an explanation, at least nothing that really fit these in-relief and somewhat irregular linear divots into the field of the die.

Then, at the Baltimore ANA show this past August (2008), an unidentified gentleman took one look and casually said…

… “that was caused by a hand-held skipping abrading wheel”.  BINGO!