The IKE GROUP has proposed a three-tier grading system for all die-clash images.  Please go to this introduction:  A Die–Clash Grading System .

The 1971-D Talon Head Ikes are the largest and strongest in the Ike series.  Here are four “macro” and four “micro” photos of Talon Head Ikes, all PCGS MS65, to show a really strong example and then the minimum appearance for Grade A, Grade B and Grade C. 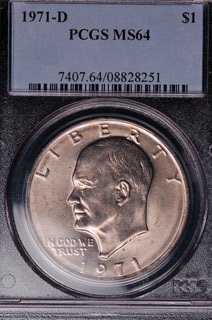 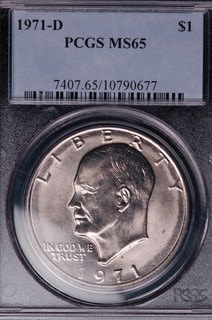 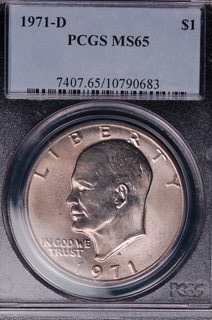 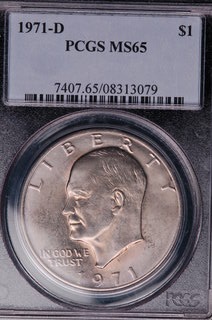 Note:  the GRADE C Talon Head looks strong in the micro picture but it is only visible at this one angle, thus its GRADE of “C”.  All grading is a dynamic process with the coin in constant motion under a grading light (see article on “Loupes, Lights and other aspects of Grading”).  Static pictures can be misleading to say the least, the reason you should never bid on an EBAY coin that can not be returned unless you know what you’re doing!

The Talon image is created by a nubbin on the reverse die that clashes with Ike’s temple on the obverse die.  Possibly unique to modern coins, this reverse die nubbin (which on the struck coin is the deep declivity between the Eagle’s legs) rises above the field on the die so it can reach into Ike’s temple and make an image there when the dies clash.