Planchet Chatter (PC), as you can see from the pictures below, is the innumerable little hits and tics that are ubiquitous on so may CB (CuNi-clad Business strike) Ikes.  While these pictures show severe examples, the characteristics are clear:

–         The tics are present on devices as much as on surrounding fields.  In other words, the fields are as much affected as the devices.

–         Like Planchet Striations, the tics seem larger and deeper on higher-relief surfaces where strike pressure is less forceful.

–         The tics can be found adjacent to devices and within letter and number loops where the rounded edge of another coin could not reach.

–         On the other hand, PC tics are less apparent, if present at all, on regions of the field subject to the greatest strike pressure, normally from the center of the fields to the take-off of the central device. 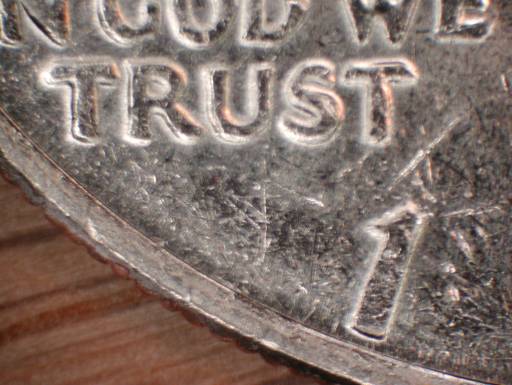 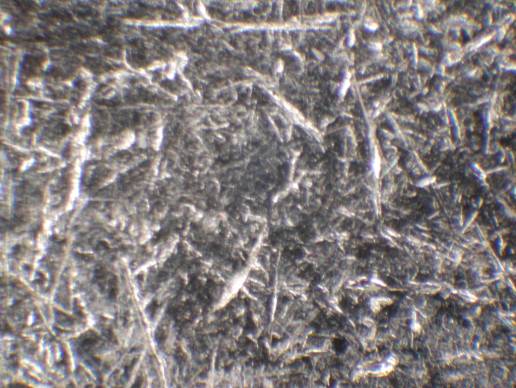 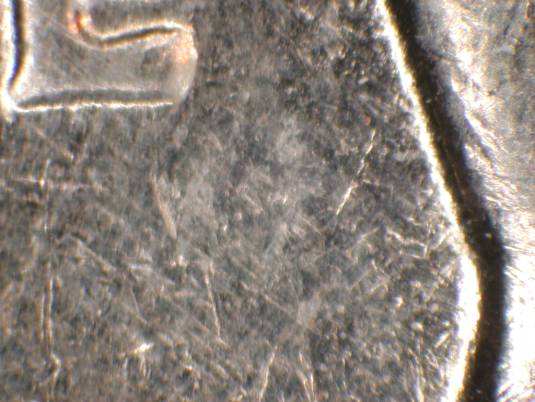 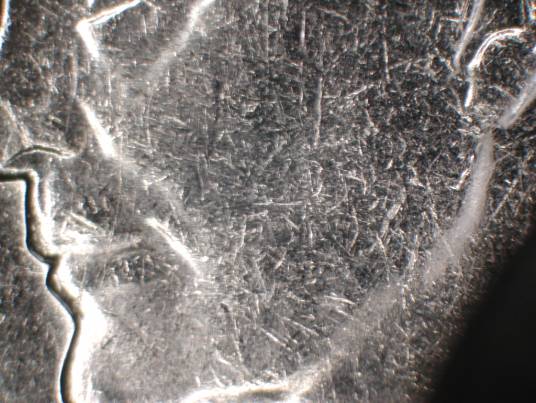 This leaves us with a few questions:

The vast majority of PC tics come from the banging the planchets receive during their 2-3 hour trip through the long, rotating, baffled, annealing oven.

Annealing softens the planchets so dies don’t shatter:  after a trip through the “upsetting mill” where a rudimentary edge is imparted tp the blanks(the blank is somewhat “work-hardened” in this process), the planchets enter a long rotating tube that is red-hot where they enter.  Temperatures decrease down the tube’s 20-30 foot length.  In the first few feet of the tube the planchets are heated just shy of red-hot.  The rest of the tube is cooler foot by foot.

Around 18 inches in inner diameter, this long rotating tube slopes gently down-hill and has numerous fixed baffles that rotate with the tube, keeping the planchets suspended inside the tube so they cool gradually and uniformly during their 3 to 4 hours trip from the hot end to the cool end of the tube.

Imagine what would happen if you put several dozen small pewter plates into a Laundromat dryer to dry them!  That’s about what happens in an annealing oven.  The banging of the CB planchets on the baffles and against each other is violent and the result is battle-scarred planchets with innumerable hits and scrapes.  Most such hits get pressed out when the planchets are struck with the coining dies but enough PC survives the squeeze to show up on most struck Ikes.

Grease on a planchet protects any PC on the planchet surface from metal surface from the die-on-planchet impact.  There is no flattening force imparted through the grease so planchet chatter remains in much its original form: 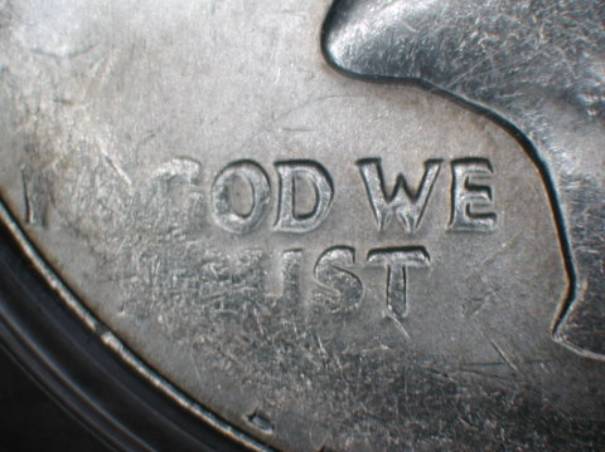 1976-S SB Ike, Struck Through Grease (pictured above and below) 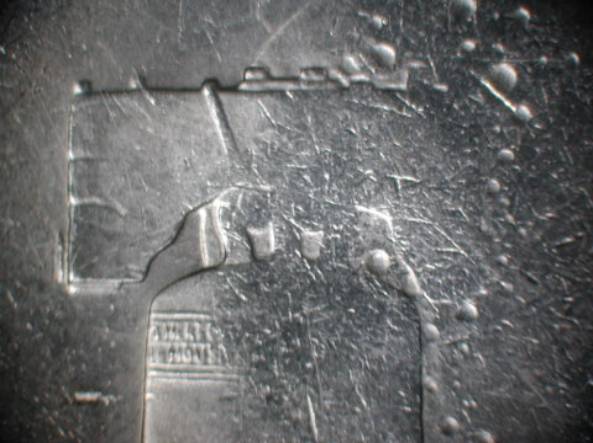 It’s interesting that proof planchets, both SP and CP, are annealed without touching each other let along banging into each other, but as you can see from the two photos above, the SB planchets receive the same rough treatment as CB planchets.

Ha!  The 1971-D Proof Planchet Ikes!  Several million of these were struck in Denver’s production line in 1971 (see the FEV piece on this Web Site for a big picture of one struck with very tired dies and a full explanation).

Next best are the better 1976-D TYPE 2 CB Ikes which on average are the highest quality CB Ikes in the series.

Even though the softer silver planchet was even more damaged during Annealing than the CB planchets, apparently the S-Mint’s Columbia presses were set up to fully flatten out all the hits and tics as it is rare to see PC on an SB Ike (except for grease strike-through’s that is).

You bet.  Our best guess is most TPG graders do not distinguish between PC tics and bag-damage tics.  At the same time, we think PC on brilliant Ikes may be penalized more heavily than PC on dull Ikes since PC stands out more on a shiny Ike.

If TPG’s were strict technical graders, PC would be a challenge because it is not post-strike damage and therefore would not be considered in the grading.  This is interesting because Planchet Striations (PS), another Ike surface feature not due to post-strike damage (see that article) is not grade limiting or even taken into consideration.  The difference is PS is obviously PS while PC is often difficult to tease from bag damage.